DENVER, June 21, 2022 (GLOBE NEWSWIRE) — The Rosen Law Firm, P.A. announces that the United States District Court for the District of Colorado has approved the following announcement of a proposed class action settlement that would benefit purchasers of the publicly traded common stock of Liberty Oilfield Services Inc. (NYSE: LBRT):

SUMMARY NOTICE OF PENDENCY AND PROPOSED SETTLEMENT OF CLASS ACTION

TO:        ALL PERSONS WHO PURCHASED AND/OR ACQUIRED PUBLICLY TRADED LIBERTY OILFIELD SERVICES INC. (“LIBERTY”) COMMON STOCK EITHER IN OR TRACEABLE TO LIBERTY’S JANUARY 11, 2018 INITIAL PUBLIC OFFERING (“IPO”) THROUGH APRIL 3, 2020, INCLUSIVE

YOU ARE HEREBY NOTIFIED, pursuant to an Order of the United States District Court for the District of Colorado, that a hearing will be held on October 7, 2022, at 1:00 p.m. before the Honorable Raymond P. Moore, United States District Judge of the District of Colorado, Alfred A. Arraj United States Courthouse, 901 19th Street, Courtroom A601, Denver, Colorado 80294 for the purpose of determining: (1) whether the proposed Settlement of the claims in the above-captioned Action for consideration including the sum of $3,900,000 should be approved by the Court as fair, reasonable, and adequate; (2) whether the proposed plan to distribute the Settlement proceeds is fair, reasonable, and adequate; (3) whether the application of Lead Counsel for an award of attorneys’ fees of up to one-third plus interest of the Settlement Amount, reimbursement of expenses of not more than $65,000 and a service payment of no more than $15,000 in total to Plaintiffs, should be approved; and (4) whether this Action should be dismissed with prejudice as set forth in the Stipulation of Settlement, dated May 9, 2022 (the “Settlement Stipulation”).1 The Court reserves the right to hold the Settlement Hearing telephonically or by other virtual means.

If you purchased and/or acquired publicly traded Liberty common stock in or traceable to Liberty’s January 11, 2018 IPO through April 3, 2020, inclusive, your rights may be affected by this Settlement, including the release and extinguishment of claims you may possess relating to your ownership interest in Liberty common stock. If you have not received a detailed Notice of Pendency and Proposed Settlement of Class Action (“Notice”) and a copy of the Proof of Claim and Release Form, you may obtain copies by writing to or calling the Claims Administrator: Liberty Oilfield Services Inc. Securities Litigation, c/o Strategic Claims Services, P.O. Box 230, 600 N. Jackson St., Ste. 205, Media, PA 19063; (Toll-Free) (866) 274-4004; (Fax) (610) 565-7985; info@strategicclaims.net. You can also download copies of the Notice and submit your Proof of Claim and Release Form online at www.strategicclaims.net/LibertyOilfield/. If you are a member of the Settlement Class, in order to share in the distribution of the Net Settlement Fund, you must submit a Proof of Claim and Release Form electronically or postmarked no later than September 16, 2022 to the Claims Administrator, establishing that you are entitled to recovery. Any Liberty shares sold at or above the IPO price of $17 per share are not eligible for recovery. Unless you submit a written exclusion request, you will be bound by any judgment rendered in the Action whether or not you make a claim.

1 The Settlement Stipulation is available at www.strategicclaims.net/LibertyOilfield/

The lawsuit involves allegations that Defendants violated federal securities laws by making misrepresentations and omissions of material fact in the offering documents issued in connection with Liberty’s IPO. The complaint alleges, among other things, that Liberty’s Registration Statement failed to disclose the existence of oversupply in the fracking industry at the time of the IPO, and falsely stated that Liberty was experiencing pricing increases. Defendants have denied and continue to deny each, any and all allegations of wrongdoing, fault, liability or damage whatsoever asserted in the complaint.

Any objection to the Settlement, Plan of Allocation, or Lead Counsel’s request for an award of attorneys’ fees and reimbursement of expenses and award to Plaintiffs must be in the manner and form explained in the detailed Notice and received no later than September 16, 2022, by each of the following:

If you have any questions about the Settlement, you may call or write to Lead Counsel:2

2 The Court appointed The Rosen Law Firm, P.A. as Lead Counsel to represent you and the other Settlement Class Members. If you want to be represented by your own lawyer, you may hire one at your own expense. 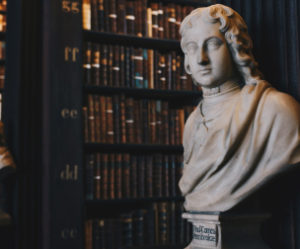 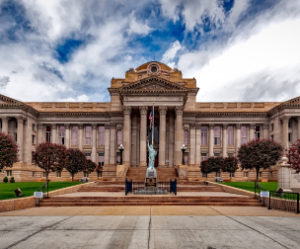 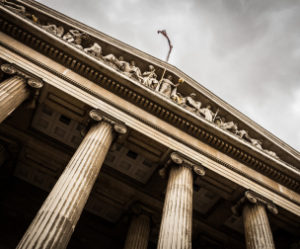