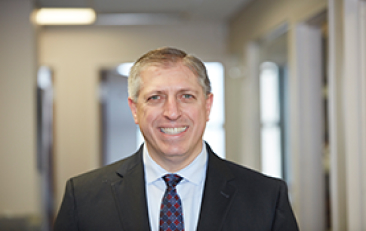 United States Court of Appeals for the Third Circuit

The University of Massachusetts at Amherst, B.A. in Political Science, 1992

As a young man, Gonen served as an infantryman in the Israel Defense Forces.  His combat service formed in him a steely self-discipline and humble self-confidence.  Upon returning to the United States, Gonen graduated from the University of Massachusetts in three years and then from Stanford Law School in 1995.  After several years as an associate attorney at a large Philadelphia law firm, Gonen joined the Philadelphia District Attorney’s offices to try cases and as an Assistant District Attorney he did just that.  More quickly than most, the District Attorney elevated him to the Homicide Unit where he prosecuted both capital and non-capital cases, obtaining convictions in every homicide jury trial he prosecuted.  He handled all aspects of murder cases, from investigation through trial and the sentencing phase.  Recognized by his peers for his exceptional ability to cross-examine both fact and expert witnesses and to synthesize complex issues of fact and law in both opening and closing arguments, Gonen successfully tried over 100 criminal jury trials and an even greater number of bench trials.

After 12 years as an Assistant District Attorney, Gonen continued to try high stakes cases, championing the rights of working men and women and their families exposed to asbestos in their workplaces or homes.  Employing his incisiveness and expert examination skills in the civil arena, Gonen has begun trial in over ten asbestos cases, trying one to a $1.76 million verdict and settling the others at various stages of the trials for a combined total of over $10 million.

Gonen is the proud father of three, a basketball enthusiast and an avid reader.