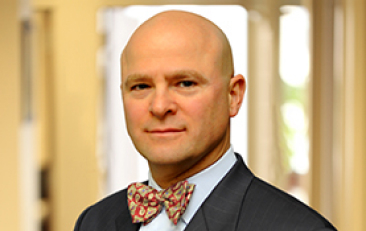 Supreme Court of the United States

United States Court of Appeals for the Second Circuit

United States Court of Appeals for the Third Circuit

United States Court of Appeals for the Fourth Circuit

United States Court of Appeals for the Sixth Circuit

United States Court of Appeals for the Ninth Circuit

Jacob A. Goldberg is the managing attorney of The Rosen Law Firm’s Pennsylvania office. He leads a team of five lawyers, litigating cases alleging violations of the federal securities laws. For over 28 years, Jacob has litigated complex cases at the highest levels, championing the rights of investors, employees and consumers. In 2019 and 2020, Lawdragon named Jacob as one of 500 leading Plaintiff Financial Lawyers. https://www.lawdragon.com/2020/08/25/the-2020-lawdragon-500-leading-plaintiff-financial-lawyers/. Courts have echoed that honor. For example, in Williams v. Globus Medical, Inc., Case No. 16-3607, Judge Michael A. Chagares of the United States Court of Appeals for the Third Circuit called “excellent” Jacob’s briefing and oral argument. https://www.ca3.uscourts.gov/oral-argument-recordings-video. Similarly, in Setzer v. Omega Healthcare Investors, Inc., Case No. 19-1095-cv (“In re Omega Healthcare Investors, Inc.”), in which Jacob won reversal of a district court’s order, dismissing the case with prejudice, Judge Debra Ann Livingston of the United States Court of Appeals for the Second Circuit praised Jacob’s oral advocacy, commenting, “very well argued.” In that same case, Judge Richard C. Wesley added, “and nicely briefed.” http://www.ca2.uscourts.gov/decisions/isysquery/2421fdac-6765-4574-820b-b06e7a51fe66/141-150/list/. The case is reported at 968 F.3d 204 (2d Cir. 2020).

In addition to serving in a leadership role in many other cases alleging violations of the federal securities laws, Jacob has litigated many cases under state corporation laws, against faithless officers and boards of directors both on behalf of shareholders, in the mergers and acquisitions context, and, derivatively, on behalf of corporations, to remedy harm to the corporation itself.  Among the most notable of these cases is Cohen v. Mirage Resorts, Inc., 119 Nev. 1, 62 P.3d 720 (2003), in which Jacob blazed a trail in mergers and acquisitions law under Nevada law.  In Cohen, for the first time, the Nevada Supreme Court held that shareholders were entitled to sue to enjoin or to rescind or to receive damages on a merger achieved through wrongful conduct that goes to the approval of the merger.  In so holding, the Nevada Supreme Court rejected the contention that absent fraud, shareholders of Nevada corporations were relegated to statutory appraisal rights.

Jacob has also litigated cases under the Employee Retirement Income Security Act on behalf of employees who were injured when the value of their retirement savings collapsed while fiduciaries stood mute. Most notably, Jacob served as co-lead counsel in Bredthauer v. Lundstrom, et al., (D. Nebraska), recovering $4.5 million for participants in an employee stock ownership plan which lost all of its value upon the bankruptcy filing of TierOne Bank. Among Jacob’s other notable litigation achievements was serving as a lead lawyer in Streck v. Allergan, Inc., et al., (E.D. Pennsylvania), alleging violations of the False Claims Act. In the Streck litigation, Jacob co-led a team that defeated the motion to dismiss of four major pharmaceutical manufacturers, even as the United States declined to intervene in the case. 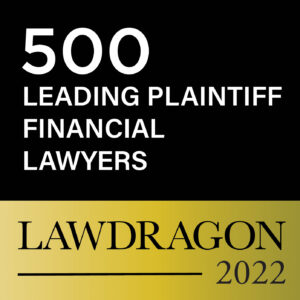